We all need to continually be replacing lies with truth- lies held deep in the mind about ourselves, about God, about how the world works. Lies that we believe can limit and torment us, but the truth sets us free.

I once sat down with a potential-filled young leader that was depleted, depressed and discouraged because of all of the unfair things that had happened to him in his business and ministry. I felt deeply for him in his pain, but I told him that I was more concerned with how he was thinking about what happened to him than what happened to him. We have the capacity to get refuelled and overcome anything that comes at us in our lives if we learn to process it through the grid of the truth of the Word of God.

The main way that the enemy oppresses, derails and discourages the people of God is through lies. In fact, Scripture calls him the father of lies. We live in a world that is influenced by the demonic that seeks to bend our minds towards the lies. Also, our fleshly nature will gravitate towards lies.

In our minds, our homes, schools, workplaces and our churches there is a battle between lies and truth.

So how do you know that you or someone you love is believing lies? Think of your negative emotions as sending you notifications that something is wrong and something needs to change. Usually when we are experiencing anger, helplessness, despair, etc. it is because we are being held captive by a lie. Typically, lies in our minds will bring negative emotions to the surface.

Many people have had traumatic events in their lives. When something devastating like this happens, it plants lies in our minds that can have worse effects over time than the events themselves. On the other hand, if you come out any dire circumstances believing the truth, you will be truly free. And how beautiful it is when you can live a free life.

I want to show you some very simple ways to stand in your authority in Christ and get rid of lies that want to take hold of you. In this battle your greatest weapon is the truth. For every lie that surfaces in your life, there is a truth in God’s word that can counter and disintegrate it. 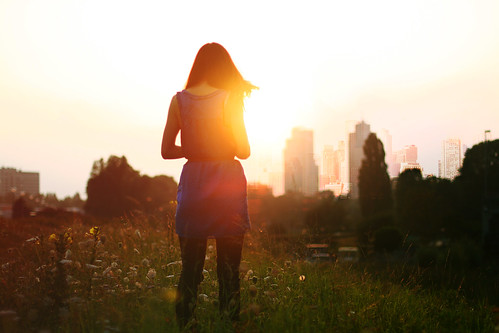 Consider this blog written by a cowgirl (or at least a wanna-be cowgirl at messionaryme.wordpress.com). She is commenting on 2 Corinthians 10 about taking every thought captive, and making it obedient to Christ:

I picture myself on a horse with a lasso, wrangling rogue thoughts, tying them up and whipping them into shape. Grabbing ‘I am an idiot’ by the neck, and pounding on it until it becomes ‘I am God’s child.’ Gotta get rough with those negative thoughts; they’re a wild bunch, horns and everything.

I’d had a lovely lunch with three best friends. I left feeling lifted up, praising God for the amazing fellowship. But within thirty minutes, my self-doubt had unleashed a heard of ugly. ‘I said all the wrong things. I jeopardized the conversation. I revealed too much too soon. These girls don’t really like me.’

I needed to go lay face down, on my closet floor in prayer, flooding my brain with God’s truth, until those lies were drowned.

This is a process that is described in 2 Corinthians 10 where the apostle Paul said:

For though we walk in the flesh, we are not waging war according to the flesh, for the weapons of our warfare are not of the flesh but have divine power to destroy strongholds. We destroy arguments and every lofty opinion raised against the knowledge of God, and take every thought captive to obey Christ…

Paul had planted the church, but in his absence some people there had gotten really cheeky, saying that although Paul sounded tough in his letters, he was un-intimidating face-to-face. So there was unwanted drama in the church that Paul had to deal with. In this situation, Paul was comparing the stubborn lies that people were believing to strongholds. A stronghold is a problem that is buttressed, supported by arguments, rationalizations, and reasoning which appear to be logical and thus give them strength and solidity. In other words, there were things that that church was believing that seemed sound logically- that were really just lies. They had become so familiar that they were no longer recognizable as lies.

Paul was simply teaching that Christians need to confront thoughts and arguments that run against God and His will. Thoughts are not to be accepted at face value; they need to be evaluated, confronted and assaulted. If a lie has taken root, you have to get rough with the lie and take every thought and make it captive to Christ.

This can even happen to an entire family, church or organization. Negative thinking and wrong ideas can be passed down. A lie can become so familiar that it is simply accepted. That is why it is so important to have your antennae up daily to detect the lies around your and counter them aggressively with the truth.

What arguments or lies are you believing that contradict what God says and limit your God-given potential?