Remembrance Day is always personal in our home. My paternal grandfather Jack Parkman enlisted at the age of 19 and served in WWII. He apparently was injured during a blackout in the European theatre and was discharged. Such were the horrors of the sacrifices he and others made that he would rarely speak of his experiences.

On Remembrance Day we pause to appreciate all that he and others have done to gain the freedom that we now enjoy, because freedom is not free.

In the last year Canada has survived two terrorist-inspired attacks on its own soil. Our nation has also engaged overseas in the battle against terror. No matter what our opinion is of how many troops should, or should not, be sent into each arena, we all have to acknowledge that the security, prosperity and safety that we enjoy has come at a high cost. Freedom is not free. 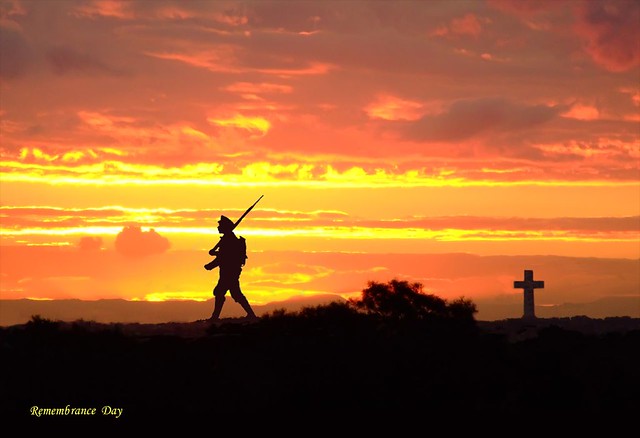 A story that best illustrates this is the story of the Canadian Company Sergeant-Major J. R. Osborn in WWII. It was Dec. 19, 1941 during the battle of Hong Kong. His company had gained a hill but were not able to hold it. Osborn ordered a withdrawal while he engaged the enemy single-handed. He then had to run the gauntlet of heavy enemy fire, but risked his own safety to slow down and help stragglers get to cover. Later in the day the men became cut off from their battalion and were surrounded completely by the enemy. The men huddled in a slight depression as the enemy began to lob grenades in their direction. Osborn deftly picked up several grenades that had not yet exploded and hurled them back at the enemy. However, one landed in a position in which it was not possible to pick up and return in time. Osborn shouted a warning to his comrades and threw his body on the grenade.* On that day, Osborn took the shrapnel for his men. Freedom is not free.

Sadly, in global geopolitics there will always be another threat that freedom lovers have to confront. The freedom that we gain is never permanent and always needs to be maintained. That is why, as a Christian, I appreciate the lasting freedom that was won by another who sacrificed Himself- Jesus Christ. The Bible explains in Phil. 2 that Jesus, though He was God in the flesh, humbled himself and went to the cross for our sins and for our healing. Jesus took the shrapnel for us. The freedom that we can enjoy when we put our faith in Him came at a great cost. Freedom is not free.

May your Remembrance Day be marked by more appreciation this year- for temporal and eternal freedom- than ever before!