I don’t like driving.  I never really have. It could be because I witnessed a few fatal accidents when I was younger, plus I had a couple of my own accidents.

After that, I opened the door and allowed fear to take up residence in me,  it made itself right at home.   I felt I was no longer in control. I would have irrational thoughts of driving down the highway and getting into fatal accidents.  I have to be honest and say it started to consume me.  So much so that it wasn’t just when I had to venture out on the road in the driver’s seat, but even when my husband was driving. It didn’t matter if we were taking a two hour trip to the city or an eight hour drive away for the weekend.  The fact remained that it gripped me and was affecting my ability to get behind the wheel. I was no longer in control, this fear that moved into the home of my soul was now controlling me. There were many mornings when we were ready to travel that I was so anxious I became physically ill. Not only did I have to deal with feeling sick but then there was the added pressure and stress of running late.

Excuses were made, “I’m not a great highway driver”, or “I don’t do well driving at night, my eyes play tricks on me”. I had to rely on other people, adjust my schedule around theirs or offer my vehicle but ask them to drive it. Opportunities were missed, I’d say no to them because I just didn’t want to drive.

The less I drove the more timid I became. 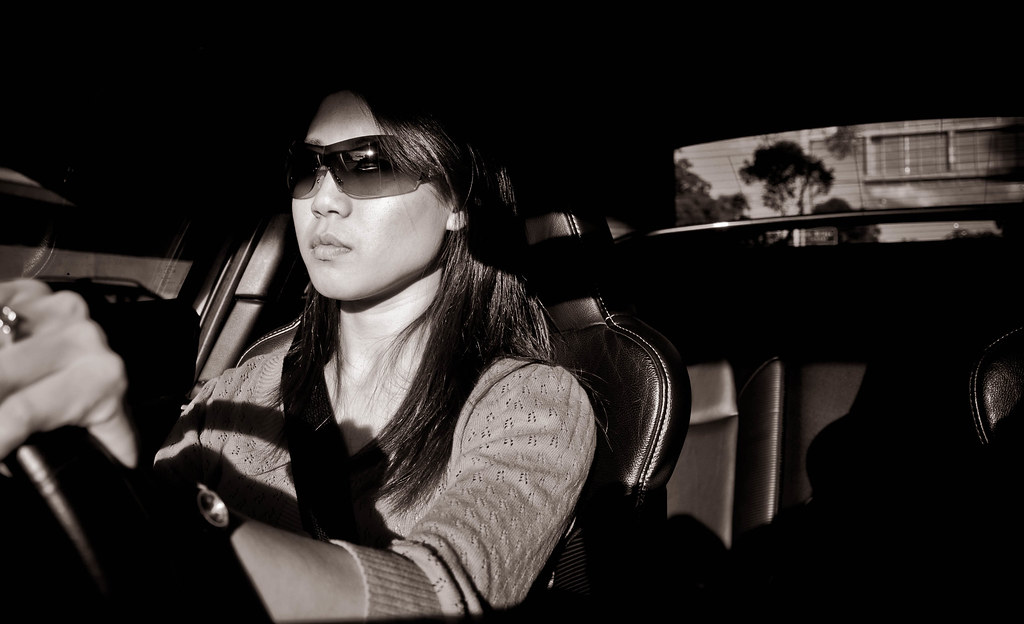 When fear takes root you start to manipulate your circumstances or people to avoid having to face that fear. It’s ugly head rises and soon you find yourself lost, confused and can no longer recognize who you are or how you think.

It starts as a small seed and if you aren’t quick to recognize what type of plant it really is, it takes root in your life and grows quickly. Thoughts nourish and water it and before you know it, it’s in full bloom.

A few months ago my daughter and son left the house one evening to drive to a youth event. She has had her licence for over a year and is a very good and confident driver. Not long after they left the house my phone rang.  We had a houseful of company so I chose to ignore it.  Seconds later my husband’s phone rang.  He answered.  I knew almost immediately what the call was about. There had been an accident. My heart sank. How do you compose yourself and stay calm with a house full of people and you hear your husband say “Oh no!”?  I listened thoroughly and it was apparent that no one was hurt. That was re-assuring. About an hour or so later my kids were back at home safe! For about 5 minutes only!!! What??? My daughter grabbed my husband’s truck keys. Dumbfounded I asked “where are you going?”  Very confidently I heard the reply, “to youth” with that they were out the door, she was back behind the wheel and they were off!

She faced her fear.  I asked her later why she decided not to stay home after the accident.  She quickly responded “I knew if I didn’t drive right away” it would be harder for me to do it the next time.”

As I ponder my driving debacles, I realize that it’s not just a fear with driving that can overcome me.  It’s the fear itself.  But I can learn to have control over it.

I need to recognize when the fear wants to enter, get rid of excuses, and make sure that I’m not giving it any room to grow and take root in my life.  This means not thinking of negative thoughts that will nourish and feed or manipulate circumstances to assist it.   And lastly face it head on.  I need to be a little bit more like my daughter,  get behind my life wheel and make sure I’m in the driver’s seat, not listening to any back seat drivers.  As I do, I’m sure I’ll be pleasantly surprised what direction I’ll be heading in next and what adventures I’ll travel too!

I still don’t like to drive, but now know that I can!

So who’s in your driver’s seat?  If it’s fear, what have you done to conquer it?  I’m curious to know.